Welcome to 2018!  I hope you had a chance to enjoy some quality time with family and maybe even a vacation over the holidays.  December was a fairly mild finale to a tumultuous year.

The more expensive detached homes remained the weakest segment with a price dip of 2.8% in the 416.  Strong demand and short supply drove condo prices up more than 14%, with many buyers rushing to close deals before new rules took place January 1st.

As we look toward January and the New Year, here are the top 5 things that will continue to impact the market over the next twelve months:

The effects were felt immediately with both markets experiencing a pullback, although they have since rebounded.

The news cycle would have you believe that every home you bid on was being purchased by an overseas investor, the reality is that less than 5% of housing in both major cities (3.4% in Toronto, 4.8% in Vancouver) is being held by non-residents according to Statistics Canada.

Despite the policymakers best efforts and a reported 50% premium now being paid by foreign investors, worries have yet to dissipate and you can expect more attention on this topic in the coming year

As of January 1st, new rules have taken effect to ensure borrowers can pay off their mortgage.  I covered this in a previous blog post that can be seen HERE.  In brief, prospective borrowers will now have their finances mocked up assuming whichever of the following rates is higher: If they are unable to secure financing at their desired price point, they'll have to choose to either buy something less expensive, apply for financing from an alternative lender or sit out entirely.

This will undoubtedly push both first time buyers and owners looking to refinance towards unregulated lending, which is much more susceptible to...
Higher Interest Rates

The reasoning behind the above stress test is that interest rates are on the rise and will continue to do so over the coming year.  Following virtually no change over the better part of the last ten years, the Bank of Canada hiked its benchmark interest rate twice last year.  Some speculate that the next hike could come as soon as this month, with more to follow.

I know, going from 1% to 1.5% may not sound like much, but this will create significant headwinds for the Canadian housing market in 2018.

For years the Federal Competition watchdog has been fighting with the Toronto Real Estate Board to make data on home sales more accessible to the public.  The argument being that by keeping this information private, the public's only option is to work with a qualified broker.  To which I rebut, do you really want your personal financial information available for the world to see?

On top of that, there is a LOT of data - proper analysis and evaluation isn't something that most can just slip into.  We have an upcoming blog post covering this and the potential pitfalls of discount brokerages, stay tuned!

All things considered, at the end of the day we are left with one fundamental question: will prices go up?

Opinions are mixed, with the general consensus being that prices will remain flat nationally... with the exception of Toronto, Vancouver and most recently a booming market in Montreal, which are expected to crank out more gains.

Toronto has a growing economy, low unemployment and is a destination city for immigration.  Expect a slightly cool start to the New Year as both buyers and sellers gauge their options.  Higher interest rates and limits on foreign buyers, plus the additional stress test rules, will act as a counterbalance to prevent things from running away wildly.

Flashback to ECON101 - 'Something is only worth what someone is willing to pay for it' and judging by our inboxes, there is no shortage from either camp.

As always, I am more than happy to have a deeper conversation on any of the above topics on phone or in person, please drop me a quick line HERE.
Wish you much success in 2018!
Lindsay
﻿ 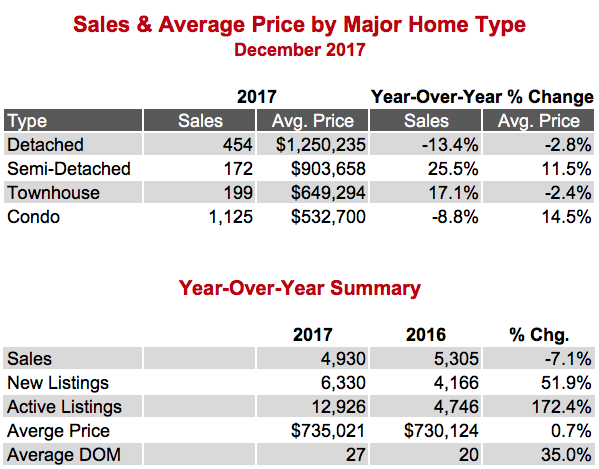 'Success is stumbling from failure to failure with no loss of enthusiasm.' 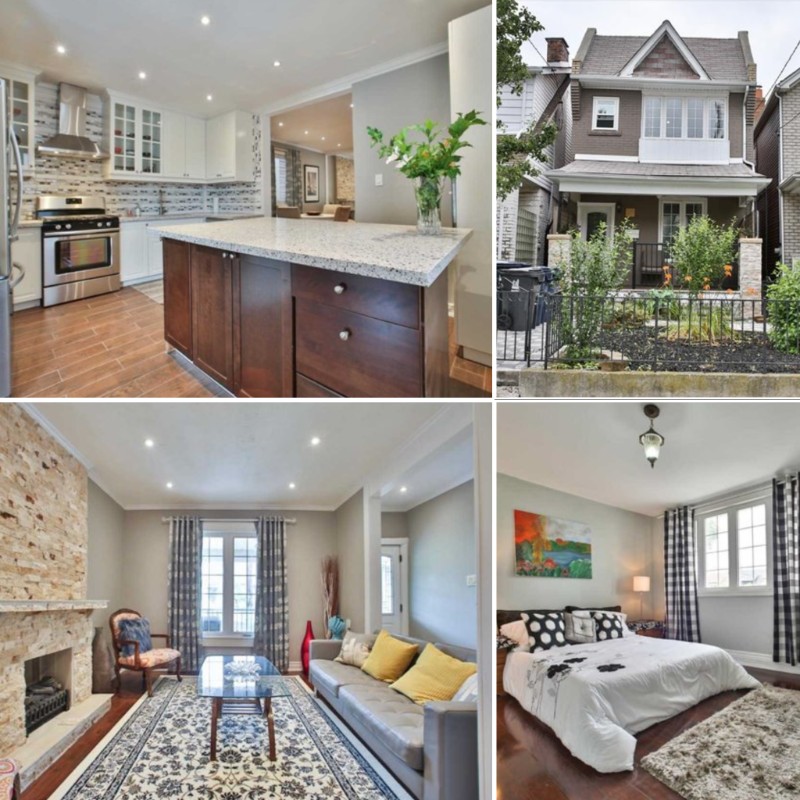